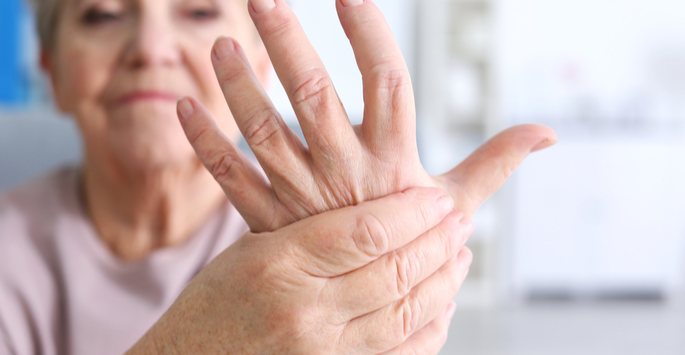 Originating from the cervical spine, the median nerve runs through the entire arm and terminates in the hand. This relatively long nerve plays a key role in the movement of the upper limbs and fingers. As it enters the wrist, the median nerve passes through a section that’s known as a carpal tunnel. In simple terms, the tunnel is a hollow space that’s surrounded by rigid biological material. For example, tendons in the arm have a very dense composition. Additionally, the carpal bones are also quite hard in texture. The carpal tunnel is confined to fixed parameters that are influenced by the surrounding anatomical structures. Inflammation of any nearby soft tissue can exert excessive pressure on this important nerve. Similarly, certain movements of the wrist, hand and fingers may also irritate or pinch the nerve.

The most common side effect of carpal tunnel syndrome is an unpleasant sensation in the hand. Tingling may indicate that the median nerve is compressed by adjacent tissue or bones. In medical terms, paresthesia can also refer to pins-and-needles and pricking sensations. Pain and numbness are some other common symptoms of an irritated median nerve. Sometimes, the sensations might be felt running up the forearm and shoulder. A loss of dexterity and flexibility of the upper limbs is another concern for people who are affected by carpal tunnel syndrome.

A modern lifestyle forces people to use desktop computers, laptop computers, tablets and smartphones. Typing on a keyboard tends to place a lot of strain on all the anatomical components of the hand and arm. For instance, the flexor tendons are under high tension when the fingers are positioned to make smooth contact with keys.

Swiping and tapping a touch screen also requires a lot of precision from the tendons, muscles, ligaments and other tissue in the hand and forearm. Some sports can also increase the risk for the development of the condition. For instance, hitting forehands and backhands in tennis requires extreme flexion and extension of the wrist. Vibrations from a racquet can also reach the carpal tunnel and other fragile components of the hand.

A physician can perform several traditional tests to detect the presence of this condition. The Tinel’s sign test is designed to precisely identify any degree of irritation in the media nerve. Phalen’s maneuver may also be used to analyze the range of motion of the wrist. In a Durkan test, constant pressure is applied on the palm of the hand in order to detect any pain. Using small electrical currents, electrophysiological tests are also very useful in analyzing the function of nerves and muscles in the arms.

A mild form of carpal tunnel syndrome can be treated with a conventional splint or brace that’s worn on the wrist. A moderate to severe form of this condition may require occasional injections of steroids. Additionally, surgery can be performed to reduce pressure on the median nerve and other parts of the carpal tunnel.

At La Grange Chiropractic, our trusted doctor can provide you with the appropriate course of treatment for your carpal tunnel syndrome. Contact our office in La Grange to schedule your first appointment and learn more.

Erick L.
It was easy to make an appointment tell them what's wrong and get treated. Within an hour I got treated and relieved of pain I thought I had to live with

Anthony P.
Walked in with a cane walked out without one ....for real

Charles W.
From pain requiring as much as 4 visit per week to 1 visit every 1 to 2 months, for maintenance, Dr. P. guided, advised and treated me to a healthier more pain free life. He is one of several Chiropractors I have had over the years. But he is the only one who stays on top of the field with new technology, equipment, office remodeling and a friendly professional staff. Add to that the fact that he is a very personable kind of guy and one can readily realize a total life changing experience.

Camerlyn K.
Been haven’t neck pain accompanied with migraine. They go me right in without having to jump through hoops. Even after I explained that my insurance did not cover their services. They immediately had me feeling better. Thank you Dr. Lido!

SlimMech
Doc has always worked with me to figure out what is causing my issues, so I can get relief and keep from reagervating something.

Sarah Middleton J.
I was having sharp pain in my lower back to the point where I could not walk.I came here because friends of mine go here as well and spoke highly of them.Within a week of combining, I had relief. Everyone here is super nice and helpful. Also very knowledgeable any able to explain things to people who don’t understand medical terms.Highly recommend coming here for any needs.

Dug W.
This chiro office is great disabled veteran VA couldn't figure out my back. IN AYEAR I'm in great shape. From wh we re I was. In accident in June. Fixed me right up.

Keira R.
It's so clean cozy and welcoming!

JAYLYNN R.
I was absolutely amazed how much different LaGrange Chiropractic was from other chiropractic offices.I admit, I had doubts due to horrible experiences with other chiropractors. But Dr Petrucci listened and was patient with me and his staff was very nice and supportive.After my car accident, my PCP sent me to physical therapy. That was excruciating. One visit with Dr Petrucci, my back was feeling better, not completely better (work in progress).Thank you so much, Dr Petrucci and staff.

Dara B.
Hands down the best Chiropractor around! Staff is wonderful and always helpful.

Bonnie B.
The staff is courteous with great bedside manner. The doctor is knowledgeable and they have a wide variety of equipment to help with your specific needs. I went in unable to walk unassisted and in lots of pain. Using their decompression machine I have gotten my life back.

Sharon R
I swore I’d never go to a Chiropractor because Medical Doctors made me believe they were quacks. I had been in an auto accident and developed some complications from the accident. Medical doctors kept feeding me drugs which weren’t helping. I eventually acquired some pinched nerves in the process. Once I finally decided to try a Chiropractor, I came here. My relief was almost instantaneous! I could barely stand straight and walk into the office; but I was able to stand up straight and walk easily out of the office that day. I’ve never looked back!The Staff and Doc are amazing people. I can’t say enough about the way they show you that they really care about you and your health every time you walk in the door!If I could give them 10 ⭐️ I’d give them 11!!!

Chris C.
Always very accommodating and helpful. They mean a lot to my wife and I!

Matthew C.
As a 47 year old runner, I decided that it was time to have my back checked out by a professional. The Lagrange Chiropratic staff played an important role in helping me to make any adjustments necessary to extend my active life. The service was impeccable.

Gordon M.
Great to get out of pain!
See all reviewsWrite a review

LaGrange Chiropractic
See all reviewsWrite a review
powered by Facebook